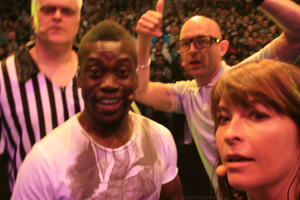 I am very busy filming Gadget Show items for the new series. Initially I returned to work for Gadget Show Live and I can only describe the whole event as a phenomenal success. It took place at the NEC in Birmingham over 3 days and we were all totally shocked by the sell out figures and wonderful atmosphere. All four presenters appeared in the Sony Super-theatre to host 3 x 1 hour shows a day, which was a baptism of fire for me having been out of it for 10 weeks! However, adrenalin is a wonderful thing and I got through them all until the final show where I almost collapsed!

We are just coming to the end of series 11, most of which I missed through illness, but series 12 will be a long run of at least 20 shows, I just hope I am fit enough! 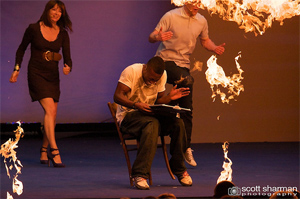