It’s The Socialympics – Are You Ready For The Social Onslaught? 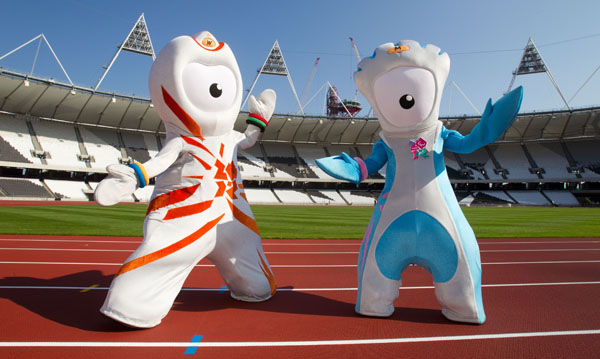 Currently, if you're not discussing sport you're not in the ball park. You are the person who turns up to a Trekkie convention dressed as Avon from Blakes 7... you get the drift. When it comes to top tier events, this is it. Wimbledon, Tour de France, Champions League and recently the Euros - where Twitter was bombarded with more than 15,000 messages per second as the final goal rocked the back of the net - sport is now more social and more connected than ever before. Next up, the Olympics, and I for one can't wait.

It is being deemed the 'Socialympics'. The stage is set, the technology is capable and we are poised. During the last Olympics Facebook boasted 100million users and Twitter, 6million. This summer the figures total more like 900million and 140million respectively. Globally we will be glued to our TVs, (worth buying a 3D TV for) watching live streaming on the net and apparently some even managed to get tickets to be trackside 😉

Wherever we are, we can share, capture and post our experience, our moment, our joy, expectation, our memory... because let's face it, Usain Bolt we ain't!

Why record a portion of an emotion when you can save the whole thing? I'm talking 360. There is a great new little device called 'Bubblescope' about to go to market. It's an imaging device that you attach to your phone which enables you, in one click, to shoot the entire 360 surrounding as a still or video. No stitching together or multiple shot faff - perfect for THOSE moments - and then using the 'Bubblepix' app you can upload your masterpiece and share it with the world. You can find more information at www.bubblepix.com.

It's the simplicity that I like, I don't want all my shots to be in surround, but the scope twists on and off easily and is small enough to carry in your pocket, something that I will actually do rather than just think is a good idea. Beware if you are ever standing behind me, you may end up in my bubble!

Here are a few apps that you may like to grab in time for the Olympics: