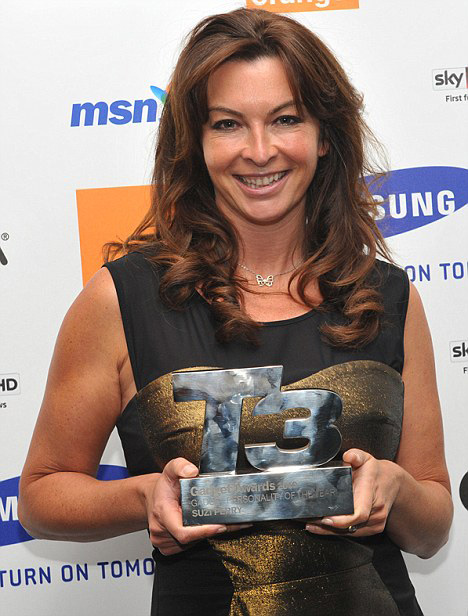 I almost spat out my wine when I heard my name called out as Gadget Personality of the year on Monday night at the T3 2010 Awards evening. The Gadget Show gang were in force as we enjoyed the evening (Jon Bentley was reading the latest edition of Tech Radar at the table, but I think he was having fun!) The rest were taunting me about my nomination. Of course I had been informed of the huge honour but the competition was fierce, talented and hugely respected, so I had written off any idea of winning. I thought I had no chance and was just thrilled to have been considered.

As my name was called, the feeling of sheer panic soared through me: I've never won anything before and still felt that perhaps it was an error, surely it should have been Stephen Fry or Jason Chen, for his 'iphone4gate' ? For me, the public vote had made the difference because the judges had a split decision. So this award, yes I know it's my first, but the fact that it comes from the readers makes it very special indeed. So a huge jolly thank you to T3 and all who voted: you made not only my night but probably my year!