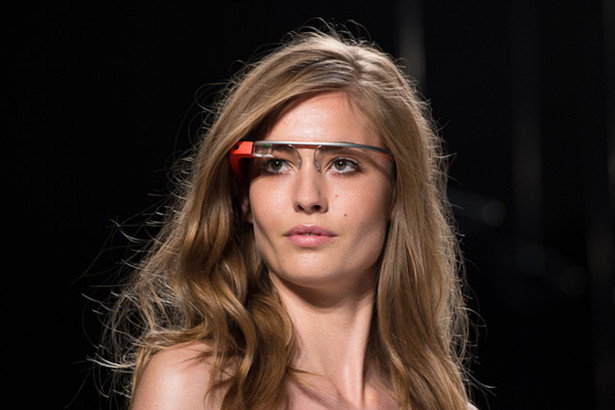 Apart from sunglasses, watches and ski jackets with built in music control panels, I have never really associated fashion with technology.

During my old gadget TV show I designed a pair of shoes that controlled an MP3 player. Trust me, they wouldn’t have impressed Christian Leboutin - I’m afraid to say they didn’t really impress the marvellous Wayne Hemingway who was judging that day. Recently though it seems that the dah-lings of the fabric world are wrapping themselves in all things gadgetastic and London fashion week was more than just a showcase of style.

The social networks were awash with London Fashion Week comments, blogs and, for the first time, about 70% of the shows were streamed live on YouTube. I have secretly always wanted to be sitting on the front row for the top shows alongside the belles du jour and last week, finally, I was right there. Topshop amassed the largest ever online audience for their live streamed show that played across various platforms to 2 million fashion fiends. I particularly liked their ‘shoot the show’ idea via Facebook, you could click the pieces that took your fancy from the live show then share them with friends, or not, if you didn’t want to end up with the same wardrobe!

The point is that the immersive connected feeling that social networking can provide worked brilliantly across the globe. Arguably Dianne Von Furstenberg got there first by utilising Google Glass to film a first hand POV of her 2013 S/S collection at New York fashion week. All the models and stylists wore the augmented reality shades to capture the behind the scene fun and frolics which was later posted on YouTube, bringing fans closer to the action.

I love it when available technologies are embraced, unlike my dad, who still doesn’t own a mobile phone! I wont be designing any more ill fated shoes, but I’m happy to be a part and on the cutting edge of fashion, even if I’m just an enthusiastic spectator.