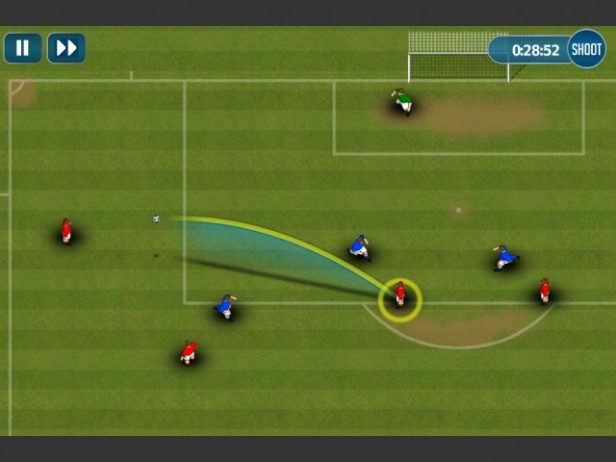 As our extended Spring nears its end, bypassing Summer and going straight to Autumn the world of geeks (probably having not noticed the missed season) rub their texting thumbs with glee in anticipation of new gadget launches. We will be seeing the new Google Nexus Tablet, the world’s first 7” quad-core tablet with Android 4.1 Jellybean … Sony will showcase its 4K UltraHD Projector and of course Apple will have folk clapping and whooping as the iPhone 5 finally hits the streets. 4G has also been a hot topic and will launch for Orange and T-mobile users in September. For the majority of the UK though, it’s called the Football season. Our national sport is back and whether you love or hate our national game it’s hard to get away from it.

I’m a footie lover, a Wolves fan, it’s in my DNA. I’m loyal, passionate and always watch with an optimistic eye. The other eye is always looking for a way to escape this inbuilt addiction, I’m well aware that I’m sometimes watching a bunch of overpaid Wendy’s with ego’s matching the likes of Piers Morgan, Simon Cowell etc  So…is it possible to avoid sports grubby petulant little cousin?

I’m kind of hoping that cycling will continue to grow after the enormous success of the golden boys and girls of the 2012 velodrome and the future BBC Sports Personality of the Year Wiggo for his incredible accolade a la France. With that in mind I was wondering if this is the ultimate two wheeled dream-machine, the One-77 cycle?

It features an ultra-lightweight carbon fibre frame, a super Shimano 20 shift electric gear system and an on board touch screen computer to record cadence and speeds. It’s British too, made by Aston Martin. The only downside is that I would need to be a footballers wife to afford hefty the £25,000 price tag.

Well, it turns out that isn’t a dream-machine, but just a dream.

I’ve been playing FluidFootball. It’s a free tactical footie app and a modern day subbuteo. I dare you to download it and not become hooked ! You learn to move the players, cross, pass and strike the ball with help from commentators Richard Keys and Andy Gray (there wasn’t one comment about me being a girl btw 😉 You win coins to open new games, then progress to different cups which cost real cash. Angry what ?

I didn’t do very well getting away from football did I?