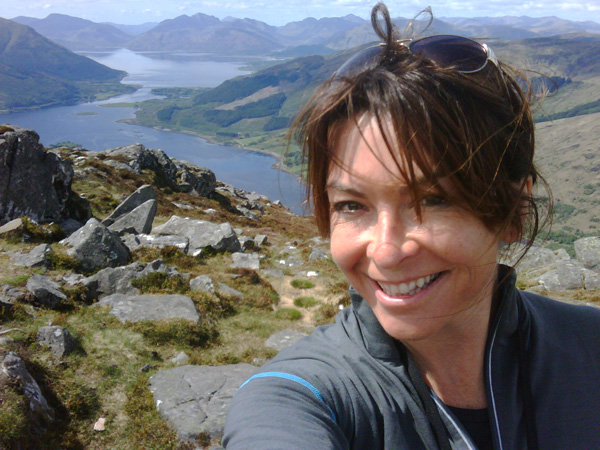 I love twitter. When I announced that we were reaching the end of series 13, I was immediately pounced on by Gadgeteers demanding when the next series would begin and how I would satisfy their Monday night digital fix, there really is no rest for the wicked! So for those who would like to know; we are back on air in August and The Gadget Show WebTV is updated every week, with Jon Bentley and Dionne South at the helm, and very good it is too. Me? Well I'm already stuck into filming the next series.

Recently Ortis and I found ourselves in Fort William, Northern Scotland on a Wild Challenge. I won’t reveal too much on the details for fear of spoiling the show but I can tell you that it was very energetic and extremely beautiful and of course packed full of gadgets. 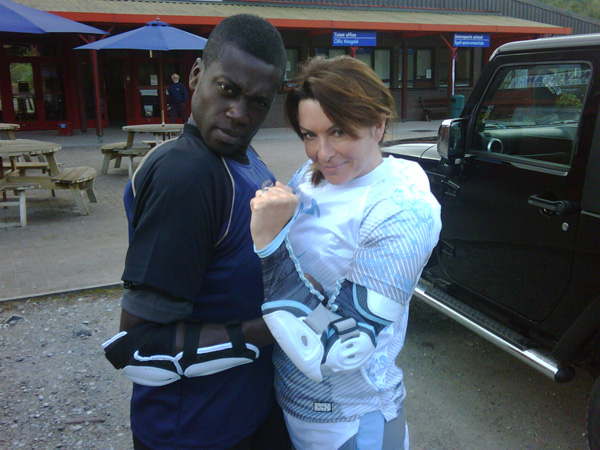 The pair of us were rather amused to be staying in a Fawlty Towers replica hotel complete with inedible food, a Spanish waiter called Juan and well, let’s just say that we reduced the average age of the residents, I mean clients.

There will be 21 shows in this series, (I am sure this is a record) These shows should take us up to Christmas time and as you know we are always grateful for your feedback and ideas, so let me know if you are inspired!

I am also doing a spot of broadcasting for The Derby and Royal Ascot. I shall be teamed up with the lovely Fashion Journalist James Sherwood for Ascot. His insight is fascinating and his comments and quips are always guaranteed to raise a smirk, let's just say that he is very honest and doesn't mind saying what everyone else is probably thinking. I loved my time there last year, my third, however there was an embarrassing incident with a floaty skirt and a gust of wind, so I shall be going for more fitted outfits this year! Nearer the time I shall blog my outfit designers and hat attire. 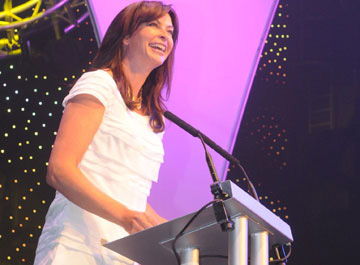 Presenting at the ICC

I recently hosted the Birmingham Young Professional of the year at the ICC in Brum. It was a fabulous night, a lot funnier than the average awards do. That was predominantly due to my co-host, top chef Glynn Purnell. He has his own Michelin starred place in the city and is one hell of a laugh. I for one was in stitches on stage and the audience loved it, I reckon we struck up a pretty good double act and hope we can work together again. I will certainly be off to 'Purnells' for dinner soon. 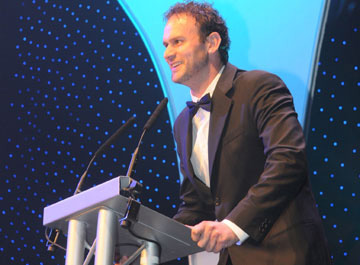 With the marvelous Glynn Purnell

I am also filming a brand new show for 5 soon. It's about photography and how to take beautiful pictures. I'm a bit of an amateur snapper so this really appeals to me, I hope to learn lots and have fun at the same time, good combo.

On a personal note I will be moving into an apartment in Birmingham soon so that I will be on hand for Gadget Show filming. The Gadget Show is based in the Digital District of Birmingham, downtown Digbeth and having a place there will be perfect. I will be spending the weekends with my family in France where we are currently buying a house, it's an exciting time, but lots of moving around which does do my head in from time to time!

That's it for now; I'm tweeting on Twitter, follow @suziperry for daily comments, views and the odd silly pic!